Before coming here I thought it will be cool to pick up from where I left this blog, in Japan, and continue writing from my “homecoming” trip. However, a bit more than a month here in Israel and I’m still floating in a shock mode. And so for a while, I really wasn’t sure how to approach this blog again.

I am back at the one and only spot on the map. The one many of my great grandparents only dreamed of,  the land I spent most of my life at. The latter is significantly more meaningful to me I must admit.

I didn’t plan on coming here so early.  After graduation, I spent a month doing nothing. not knowing what now. but all I had in mind was Israel.

Which surprised me because I never thought I would feel so desperate to come here.  Actually, I was desperate ever since Japan, where I realized, maybe for the first time in my life, that I will always be more “Israeli” than American or any other thing. Only in Japan, I realized that I grew up in a certain place, under a certain culture. I am who i am.

And so, it was a very short call, a week before my flight I’ve decided that I’m going. Now. Without a major plan as for what to do or where to stay. i had to go back.

My childhood friend came to pick me up from the airport. She hasn’t changed much. She is still exactly how i remembered her. But I’ve missed a large step of the road, and she has experienced things which i wasn’t part of.

I still don’t know how much I’ve missed. I will never know.

She drove us to the yishuv we both grew up at. My heart was racing fanatically all the way. I couldn’t believe my body’s reaction. Why would this influence me so much? I never felt like this before.

Leaving this place at 17 years of age I thought I could move on, change myself, adapt, feel comfortable enough in a different language, even forget where I’m from and just be a human with no previous connections. I wanted to start over and just be open to whatever comes.
It sounds bad I know, but I was angry with Israel. I was an angry rebel minded teenager. I’m still angry but it is also clear to me that i was wrong with my approach. I was a foolish girl.

It took me years of trying to fit in with my constantly changing environments, almost half a year in Japan, and another year of soul searching to realize that this place will always be an inseparable part of me.
That I was brought up in a certain way, that my native language in no less than beautiful, that there is no need to go extreme. No need to hit myself, I can hold opinions and rage over things and still miss home.

I must appreciate the certain life I was given here, and being here helps, it helps me come to terms with who I am.

Back to the Yishuv, my house was standing there but not mine anymore. My parents recently sold it. The strangers weren’t home, so my friend and I opened the gate and sneaked in.

I circled the house and kissed every corner of it with my eyes. Then I sat on the grass and cried.  I wanted to cry much less but I needed to cry much more. It scared me a bit.

a lovely corner of the garden
This was truly my house. Since leaving it I moved so many places, all of them so different than this. Transitions became my life. Which part of me loves. But having a home is valuable and fragile almost, and I forgot how it feels.  I really shouldn’t. It might not be my house on paper anymore, but the many memories it holds for me will always be mine.
I learned to value them while far away from here.
Am I being too dramatic? 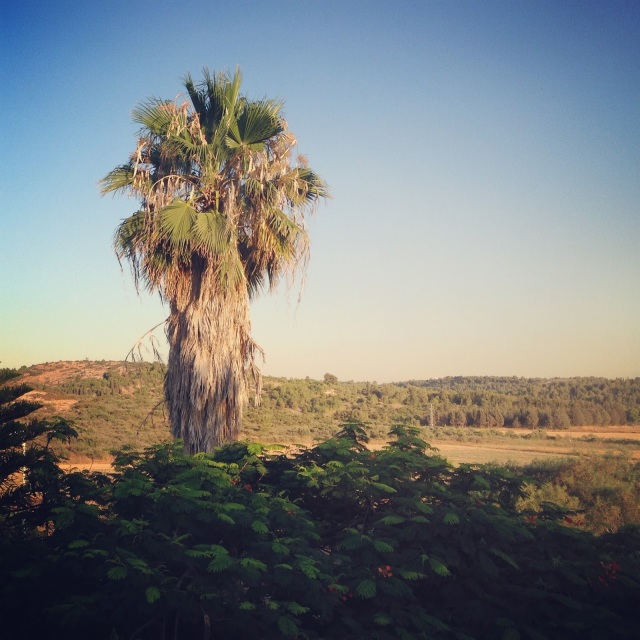 The view from the roof
On the following days, I moved to a friend of my parents’ apartment in Tel Aviv. He very kindly agreed to take me in for three weeks… I am not sure why. But it was amazing. A fancy place with a balcony and a beautiful view of the sea. I did feel extremely imposing over the first week. But later on I ate dinners with his guests and we drank wine and some of them had the most fascinating stories to share.
Oh, and I worked in a קייטנה (summer daycare?) for a bit. Earned some cash to buy mangoes and pay for the bus. These two are probably what I spend the MOST money on. I LOVE the mangoes here! Fruits, in general, are really a bliss here. No milk, no honey: -fruits-

the view from the balcony in Tel Aviv. I missed Tel Aviv so much 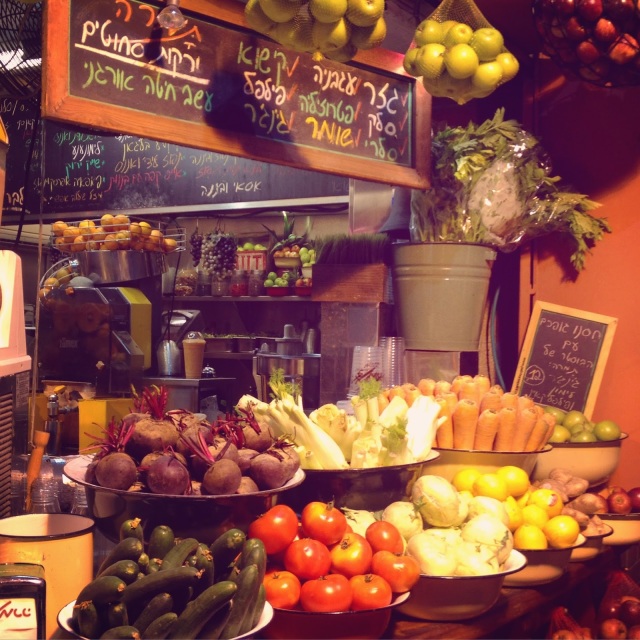 One of the things I missed the most is the beach. The smell, the breeze, the salt, the musky feeling of the skin while walking along the shore. All of these were away from me for too long. I truly love the upstate new york’s forests, the small waterfalls,  the fresh air. but the Mediterranean wins over them all, really.

My parents took me to the beach a lot when we lived here. My mom loved it especially. We used to come late afternoon when the sun is almost down, and stay for hours, until dark. There was nothing more exciting to me than staring deep into the sea at night. I love this powerful, even dangerous body of water. I love Knowing that the waves are coming all the way from far away places, where I cannot see, and getting the most pleasurable shivers from the thought of how big the world is. How small of a part of it I am.

Visiting the city on my own, not following the footsteps of anyone, I’m asking myself why do I love Tel Aviv.

Besides being a cool place, I have so many pieces of old memories attached to it.  The first four years of my life were here. In a small apartment. With two smart young parents who each had their favorite coffee place.
Before my sister was born before my mom decided to move to the “countryside”, before Yitzhak Rabin was assassinated. 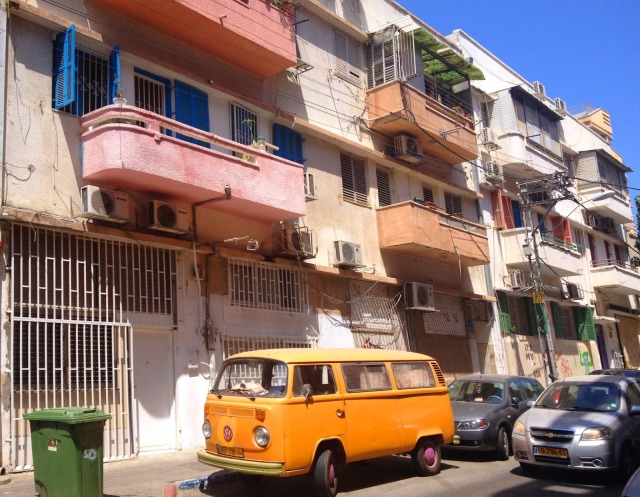 My first memories are all from Tel Aviv. My first impressions of the world were all in Tel Aviv. I remember the wonder and the confusion. They were pleasant. There was this wonderful feeling hovering above me for more years to come, until it was taken away, that I live in a fun world, and a fun country.
But I didn’t really know anything about countries or division. Israel was simply everything. I didn’t even know I was a jew because everybody was a jew.
My dear Grandma was still living in Tel Aviv after we moved out of the city.  Visiting savta often as I did flood me with loving memories of her and Tel Aviv.
Being here without her, without my parents and without my house is tougher than I assumed.
I feel familiar with this place, the pieces are falling together. But some pieces are missing. In addition, I myself changed, or just been through a lot abroad. I am a piece that I’m not sure how to connect to the puzzle.

Very near the Tel Aviv apartment I am staying in. Was taken on my way to the bus. 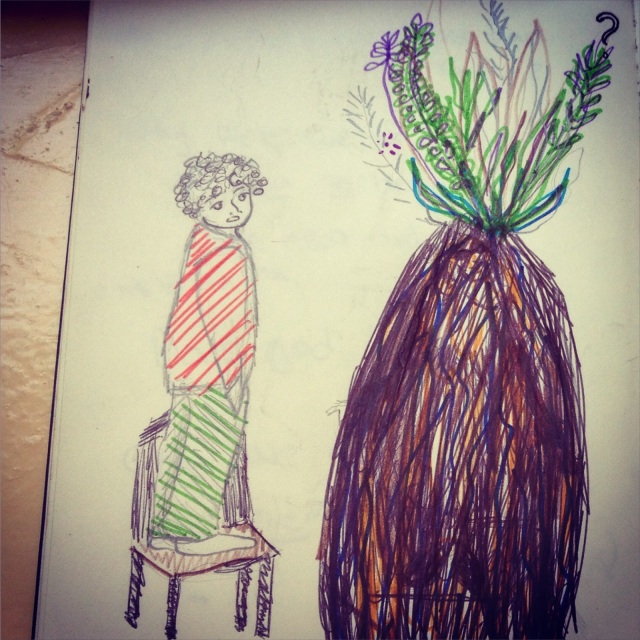 not sure what made me draw this
My old friends all served in the army and I didn’t. Nobody really cares for excuses. so I don’t go for them. I know I’m an outsider.  Not only because I didn’t spend 2-3 years of my life doing something many of them hated, but because I’ve missed a step, a step Israelis go through. A hard one.
But each have their path.
I had my own ups and falls while away. Therefore, I don’t feel like I missed out on the road, I’m just having a different one.  I like my path.
Some of my old friends don’t really buy this. They look at me from far away.  But it’s okay, I understand. Still, I feel welcomed. It’s nice to see them again. and their interest in me is not something to take for granted after all these years.
What has been the biggest bliss of them all though is meeting my family again.
Some meetings are more difficult than others, and my family, in general, is not so big. I feel guilty. guilty for being away, guilty for my absence.
My parents have been the closest to me for six years. So close. Shielding me from the US and its norms.
Discovering more people who care for me as family again is something I’m not used to. I need to repair my relationships with them, Prove that I’m worthy of their love. 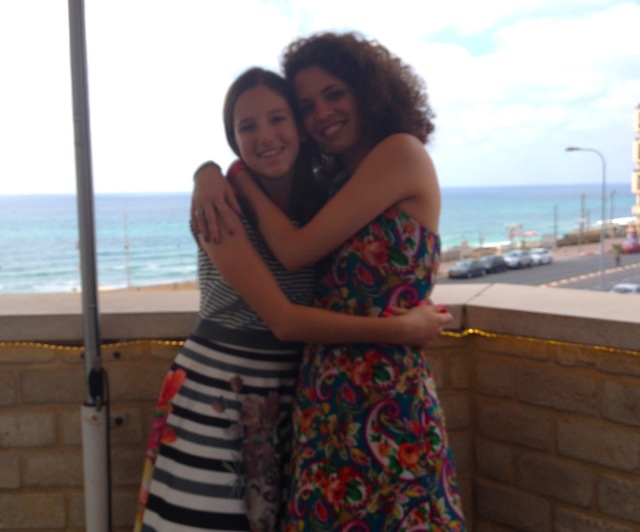 And maybe I need to let go a little bit.

My uncle and aunts, from both sides, have been really nice to me, invited me for dinners, conversations, a heart to heart advice. Even if at times I feel like I don’t deserve this, I have received an expensive gift.

Those Shabbat dinners are something I’ve missed way more than I imagined. I wish my parents were here to enjoy them too.

I’m a big girl now, so I really should just move on. “move on” sounds a bit unfitting. There is something extremely trippy about visiting my childhood and maturing at the same time. I’m still not sure how to take this. How should I behave?
And though free to use my native language: What should I say and How should I speak.

You might know this about me, or even according to most of what I post here, i’m not very urban. I tend to prefer pastoral green moors and relaxing nature sounds. Kyoto is an exception. Though it has it’s dense areas, it is definitely one of the most unwind cities I’ve ever experienced.

Osaka on the other hand, is different. Energized and inspirited, it was way too much to explore in one day. Which is why i’m going back there this coming Wednesday.

Pinyuan reading some essential information.
The train ride from Kyoto Station took about 40 minutes. the price was surprisingly cheaper than i was expecting. 560 yen. 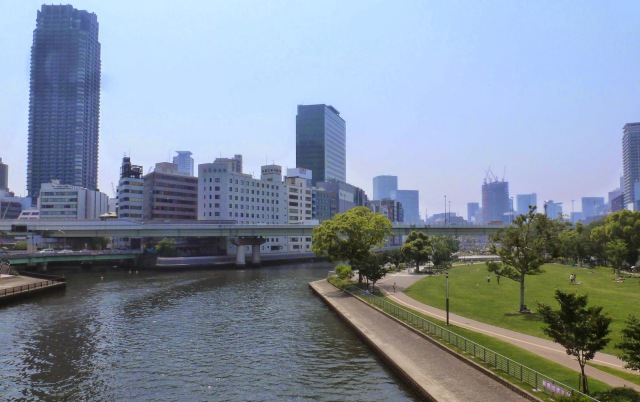 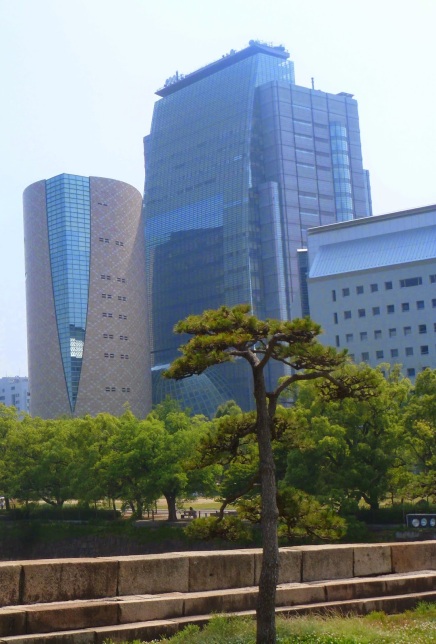 plastic food for all 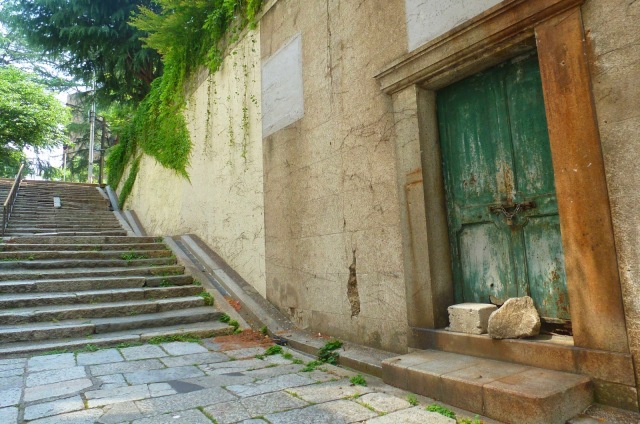 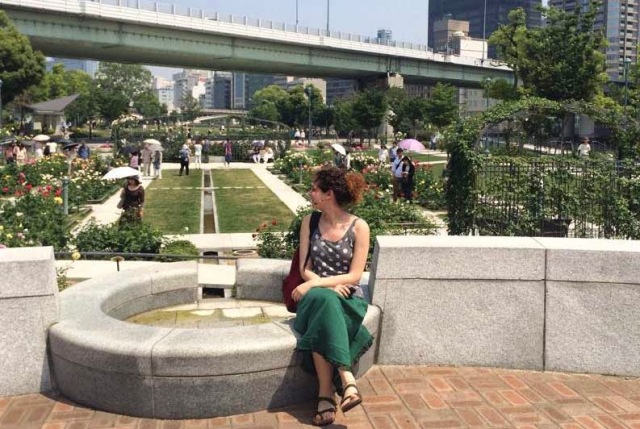 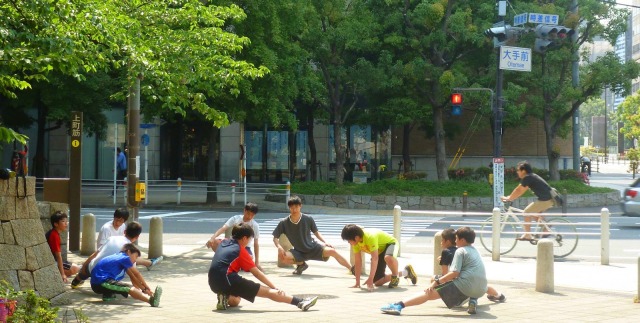 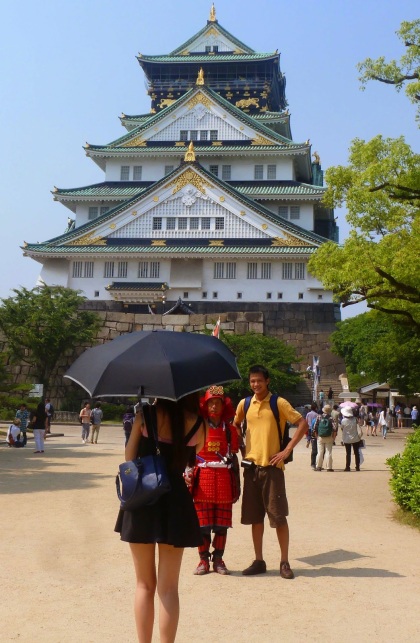 and a castle performance 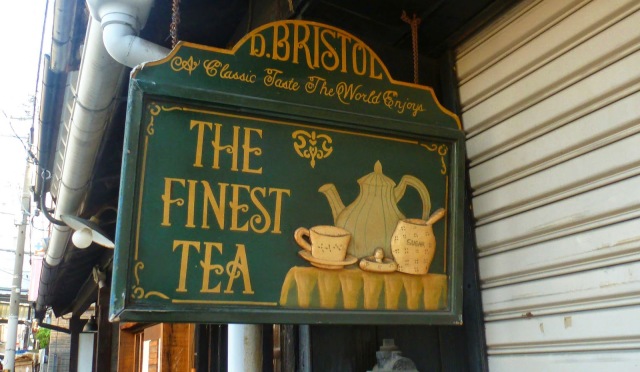 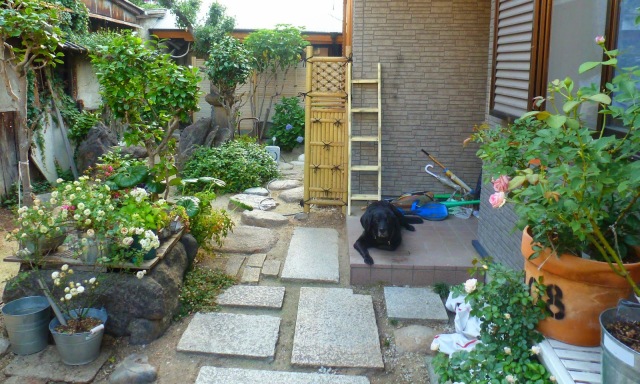 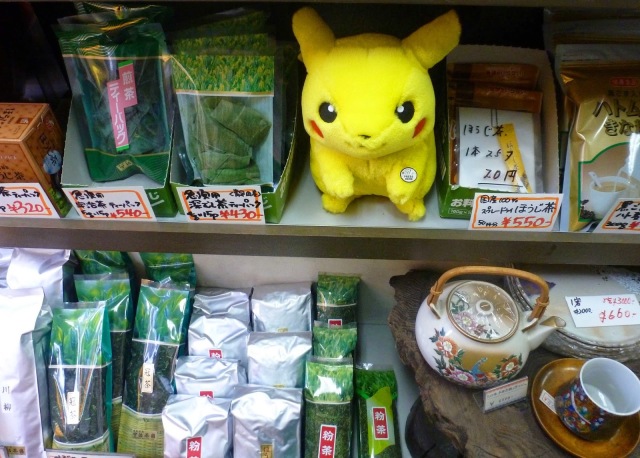 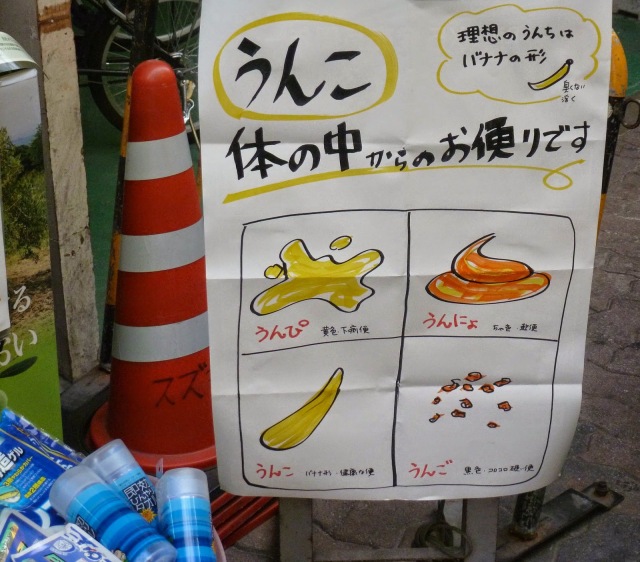 a sign placed next to a pharmacy that tells you how a healthy poop shouldn’t look like. it also has a specific name for each kind. amazing. 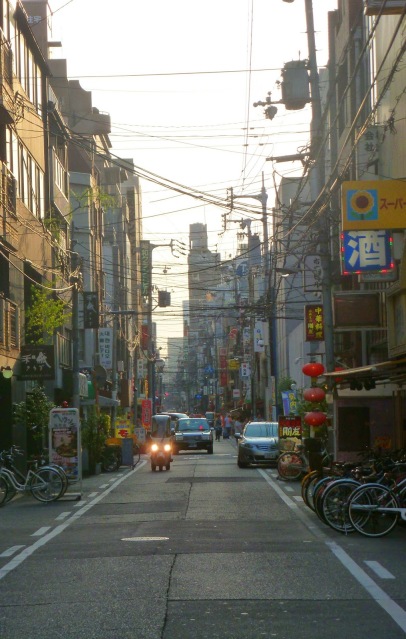 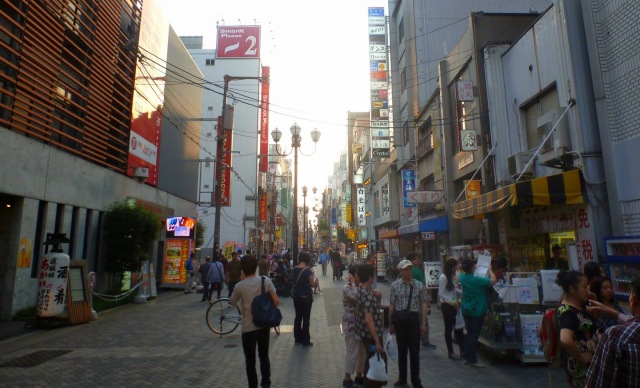 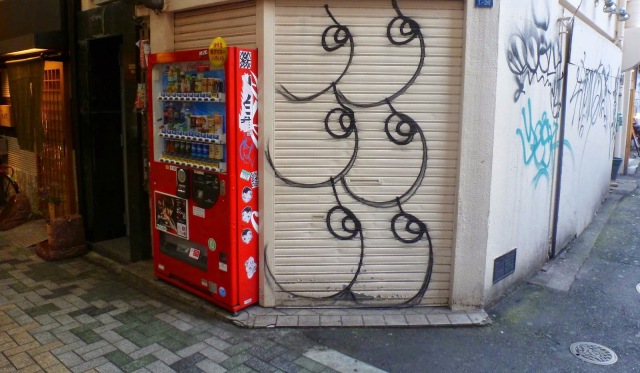 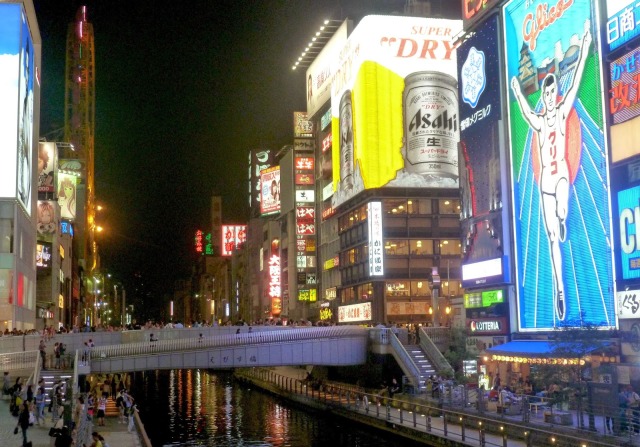 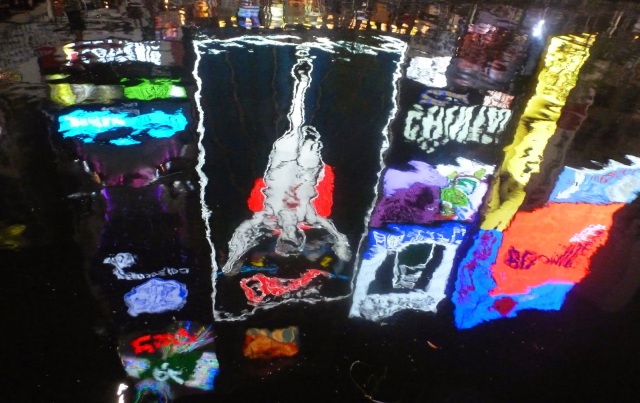 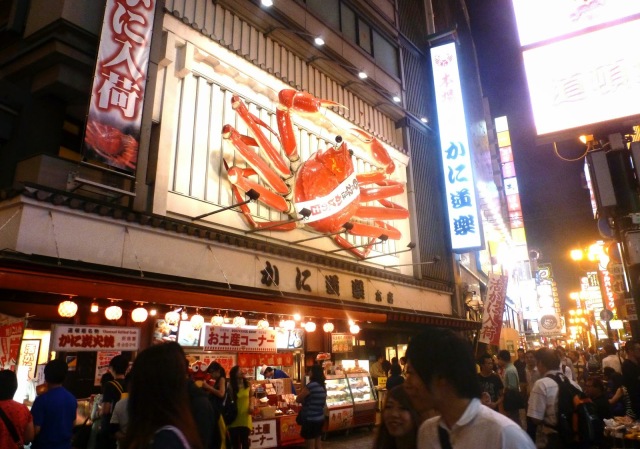 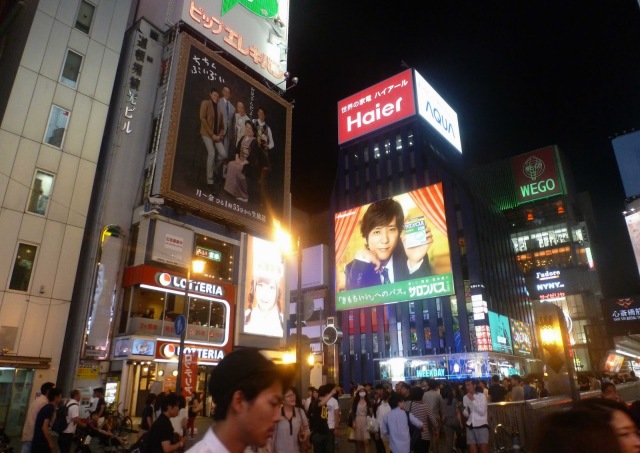 let’s end this post with some special flavored ice cream

the carrot-orange one is my favorite